Drago-ISI Inc. (Drago Engineering and Fire Safety) specializes in the design and marketing of innovative solutions for fire control. The Drago is designed for simplicity and efficiency and is capable of water flow up to 785 GPM with a projection exceeding 200 feet.

The Drago uses our constant spray technology unlike any other fan cannon on the market. The unique center nozzle (Spider) design provides a smooth performance curve with optimal water flow and droplet quality settings compared to all other fan technologies.

It makes it possible to effectively project a mixture of water / air / water + fire fighting agent (foam or even encapsulating agents) at a great distance, in order to effectively carry out various maneuvers aimed at extinguishing the fire, cooling the air. air or the repellency of smoke and toxic fumes.

The technology behind the Drago Spider.

One strategy for using water with improved efficiency and speeding up fire extinguishing for a given water flow rate would be to divide the flow into a large number of fine droplets distributed over a large area of ​​the flaming mass, in order to promote rapid evaporation of the droplets as they approach or contact the brazier.

Spraying water on a burning material is a common way to lower the temperature of the flaming mass to extinguish a fire. However, directing a strong stream of water at the base of a fire is not a very effective way of fighting the fire. One indication of this is the large volume of water surrounding a site after fighting a fire and causing damage to remaining structures.

Indeed, one of the most useful properties of water for extinguishing a fire is its great capacity for absorbing heat, in particular thanks to its unrivaled latent heat of evaporation. Therefore, water that does not evaporate is not used efficiently besides being a source of collateral damage. 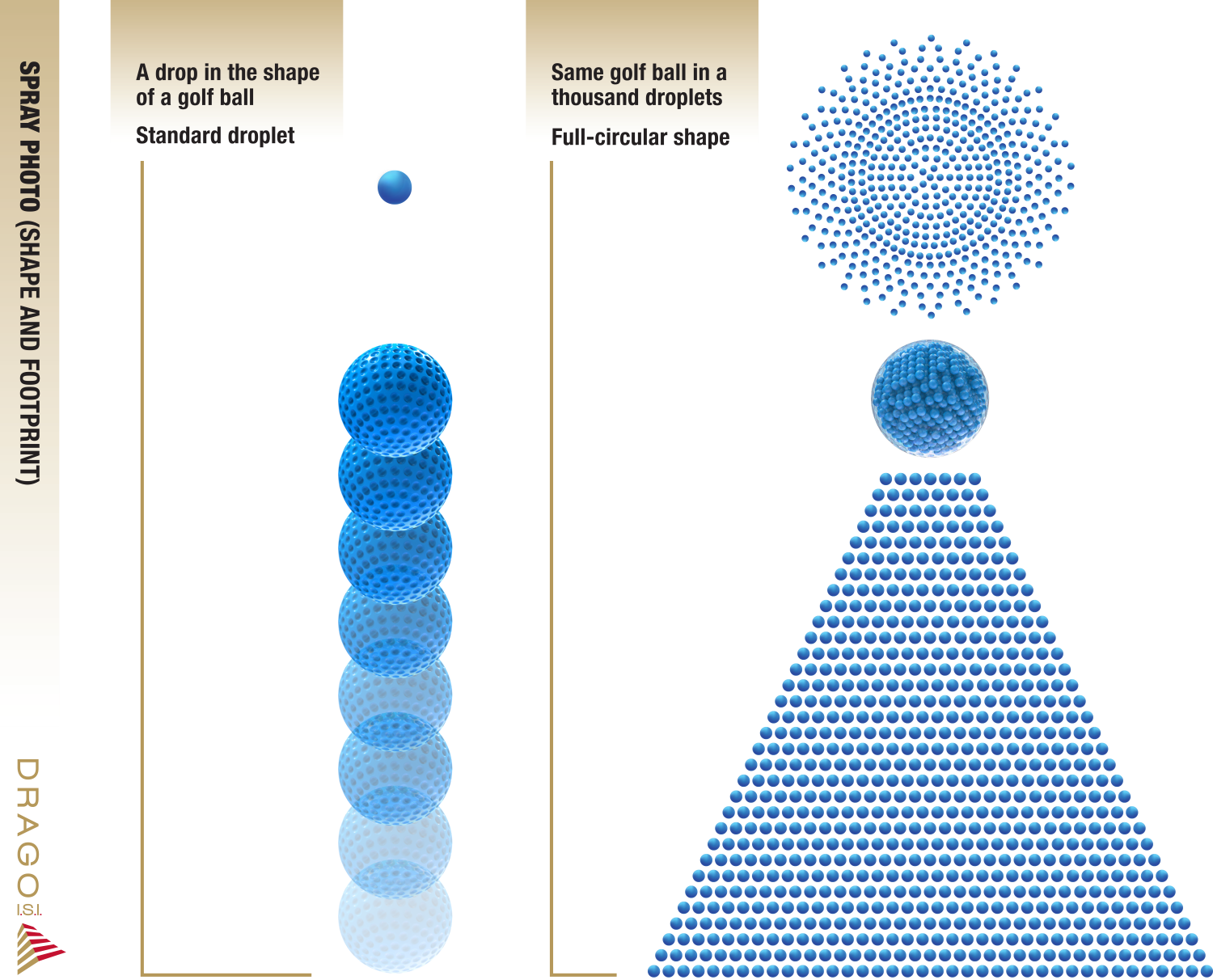 The types of Spider Drago.

The Drago uses several types of Spider to cover the greatest number of fire control operations. Each Spider is unique and will be easy to identify by its distinctive and vibrant color coding. Their color codes will be assigned by their flow rate and / or the number of nozzles (patented). 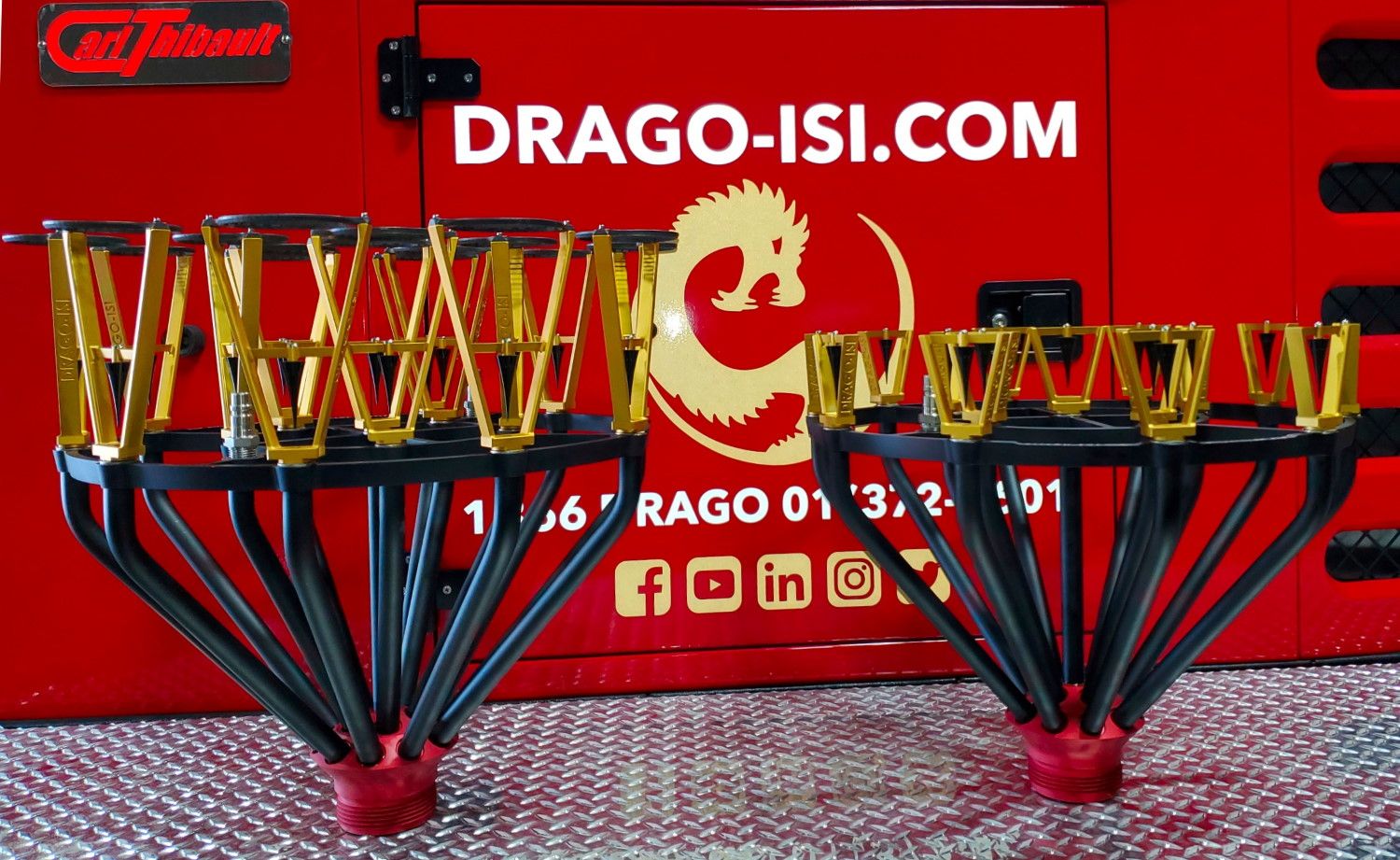 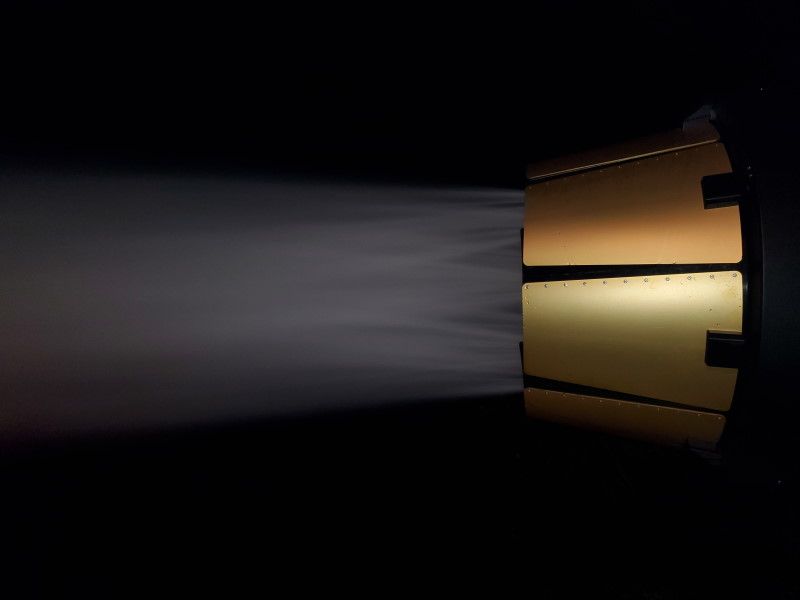 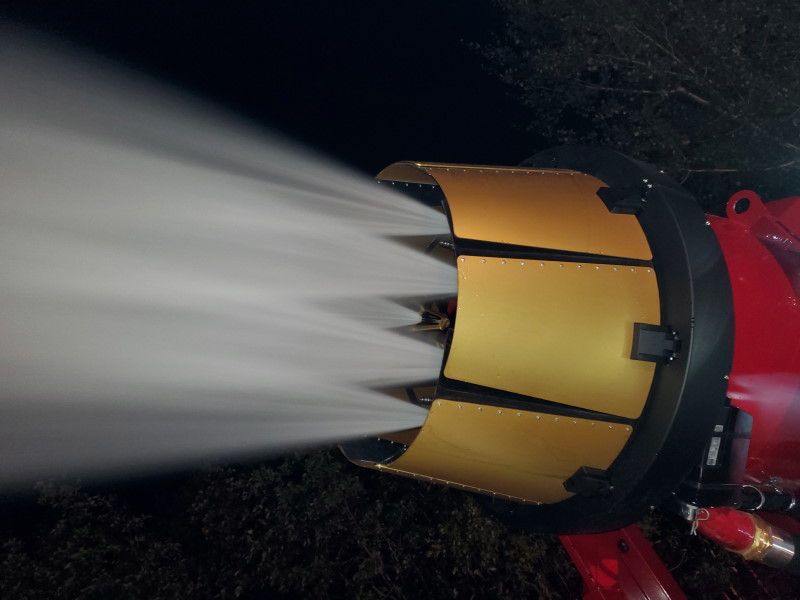